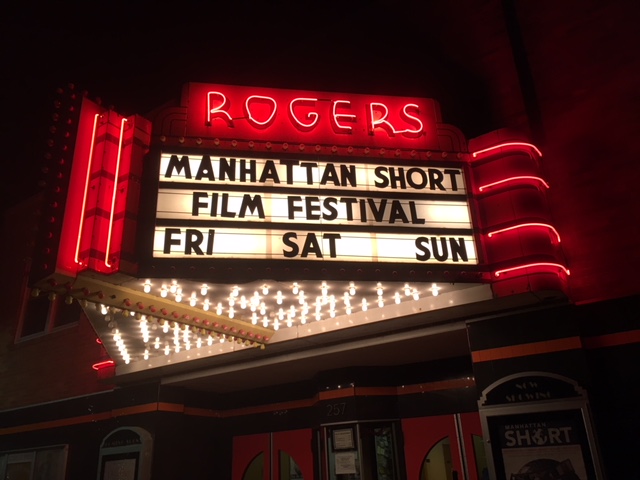 ROGERS CITY, MI…Film lovers in Rogers City and northeast Michigan will join over 100,000 film enthusiasts around the world during the week of Sept 24 - Oct 31 when the 24th Annual MANHATTAN SHORT Film Festival screens at the Rogers City Theater from Friday, September 24 through Sunday, September 26, 2021. The audience members get to choose which of the Final Ten films is best. These films screen in over 400 cities on six continents. For the eighth consecutive year, the Presque Isle District Library hosts the MANHATTAN SHORT Film Festival. With over 960 entries from 70 countries, these selected ten finalists use drama, comedy and animation to address an astonishing number of themes. The Final Ten MANHATTAN SHORT selections hail from ten countries with films from Norway, Italy, France, Afghanistan, Northern Ireland, Canada, United Kingdom, and the USA. The Final Ten screen simultaneously across the world during a one-month period, with the Best Film and Best Actor awards determined by ballots cast by the audiences in each participating venue. The Final Ten are in order of appearance: Death by Handshake (USA); Ganef (United Kingdom); Bad Omen (Afghanistan); Rough (Northern Ireland); Archibald’s Syndrome (France); The Kicksled Choir (Norway); Closed to the Light (Italy); Out of Time (France); Aurora (USA); and Monsieur Cachemire (Canada) You Be the Judge! Which of these Final Ten short films is the best? That's up to a worldwide audience to decide. Cinema-goers across the United States and around the globe will become instant film critics as they are handed a ballot upon entry that allows them to vote for the Best Film and Best Actor. MANHATTAN SHORT is the ultimate audience award that salutes the creative talents of both directors behind the camera and actors in front of it. Votes will be sent through to MANHATTAN SHORT HQ with the winner announced at ManhattanShort.com on Monday, Nov 1st.