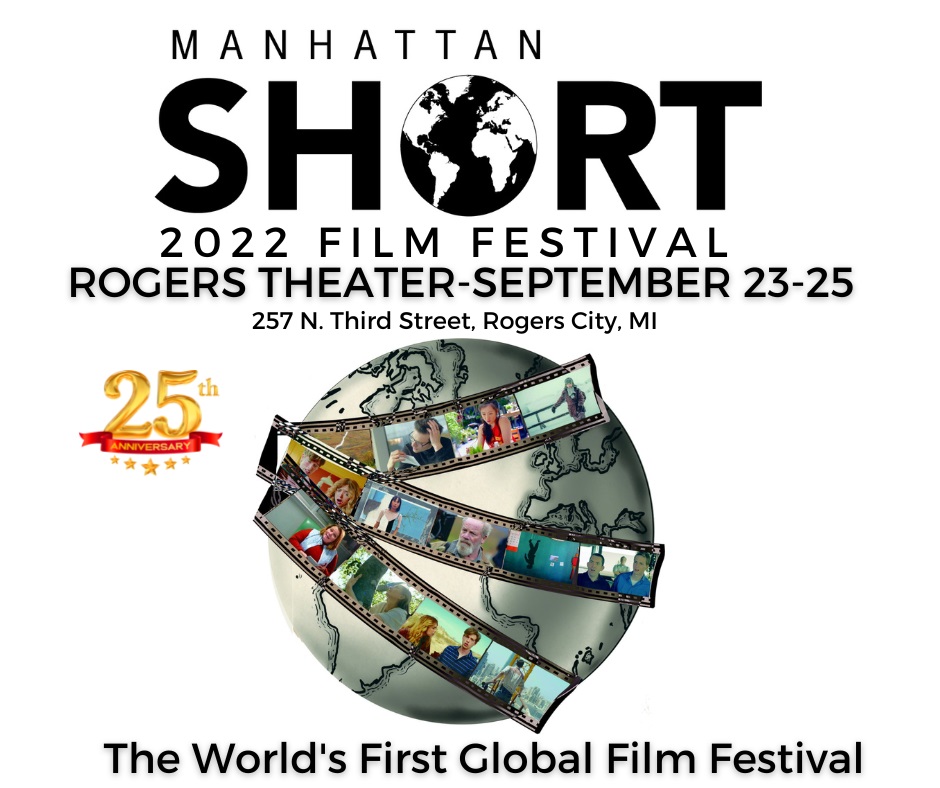 Rogers Theater hosts the 25th annual Manhattan Short Film Festival from September 23 -- 25, 2022.  The Final Ten Manhattan Short finalists hail from eight countries with films from Scotland, Czech & Slovakia, Spain, Australia, Finland, and Lebanon, alongside two films each from France and USA.  The final ten films represent the best short films from among 870 submissions from 70 countries.  All of these films become Oscar-qualified.  Which of these final ten is the best?  It's up to each audience member to be the judge; a global audience.  Cinema goers across the USA and around the globe will become instant film critics.

The Rogers Theater has been hosting the film festival for ten years.  Starting Friday, September 23 at 7:30; Saturday, September 24 at 7:30; and Sunday, September 25 at 2:00 pm.  Freewill donations accepted at the door.  All ten films will be screened each day.