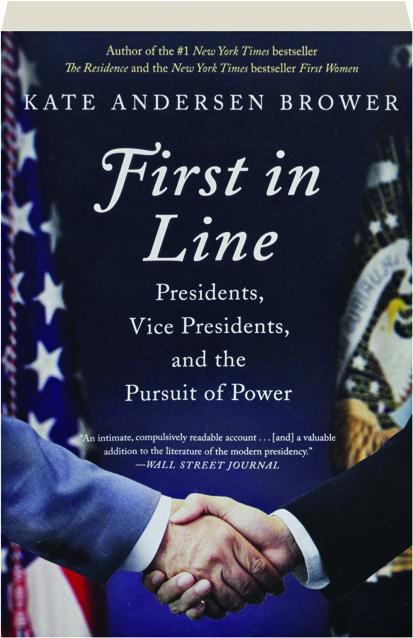 Now that we have investigated the lives and administrations of the first 43 people to serve as President, in order from George Washington to Barack Obama, we are moving into a new phase for the Presidential Book Club.

We have altered to a focus on people closely associated with these leaders.  Our first book is called "First Women: The Grace and Power of America's Modern First Ladies" by Kate Andersen Brower, and it covers every spouse in the White House from Jacqueline Kennedy to Michelle Obama.  Following this book in May, we will continue with two more works by Kate Andersen Brower titled "The Residence: Inside the Private World of the White House" examining the first families of past Presidents (June), and then, "First in Line: Presidents, Vice Presidents and the Pursuit of Power" (July). From the library card catalog describing the book we find out, "As Brower reveals, the president and the vice president, whether they began as allies or rivals, share a very tangible sense of admiration mixed with jealousy and resentment even when the relationship appears to be ideal."

Normally, we meet on the first Monday of the month at 6:30 PM E.  (In July, we will meet on July 11 due to the holiday on July 4.)  These book club gatherings occur on Zoom at: https://zoom.us/j/97230565663 and, beginning in June as a hybrid meeting with local club members having the option to attend in person for the first time since March of 2020.

Mission - The mission of E.C. Weber Fraser Public Library is to provide equitable access to information, to be a place of connection for community engagement, and to enrich the lives of our patrons by...