Read the Book. See the Film. 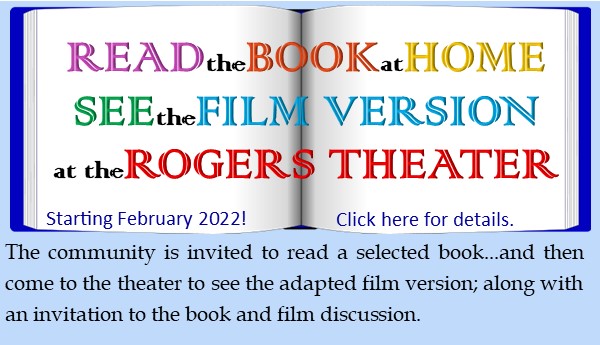 The community, including all age groups, are invited to read a selected book and then come to the Rogers Theater to see the film adaptation. Starting in February 2022, and then every two months, a new community read book will be selected followed by the film screening at the Rogers Theater. You decide. Is the book better than the film...or the film better than the book. In addition, the audience members are invited to a book and film discussion following the film screening along with light refreshments. In February, 2022 the famed mystery writer, Agatha Christie starts the series with "Death on the Nile". The new film is scheduled to screened on Friday, February 25th...so pick up your copy of the book, "Death on the Nile" as soon as possible, and be ready to see the film in February 2022. Nothing like a good mystery during the winter months! This program is free to the public. Family friendly event.